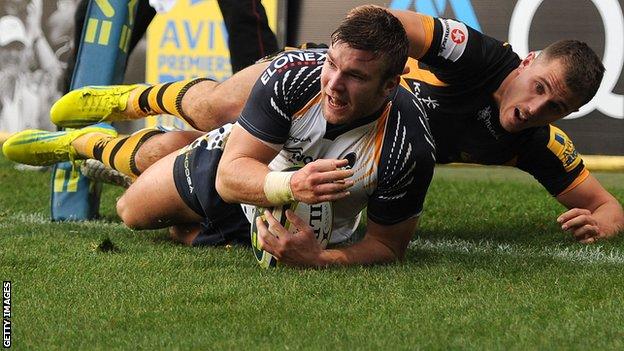 Worcester Warriors back Andy Short will join Championship side Bristol at the end of the current campaign.

The England U20 international has agreed a deal which will see him stay at the Memorial Stadium for at least two seasons.

Short, 21, made his club debut for Worcester against Bristol in 2010 and has gone on to make 27 appearances, scoring nine tries.

"It's a club that have a great reputation for nurturing young players and giving them a platform to perform."

Short is the second Worcester player to make the switch to the Championship club for next season, following on from Errie Claassens. last week.

Head coach Liam Middleton added: "I've been impressed with Andy since watching him play for the England U20s.

"His potential is great, but more importantly his driven and ambitious character fits well with the culture at Bristol.

"Andy has the ability to play in the centre and on the wing, posing a try-scoring threat through his pace, power and footwork.

"His defence is strong both in the thirteen channel and on the wing. Andy represents a significant strengthening of the Bristol squad for the next two seasons."