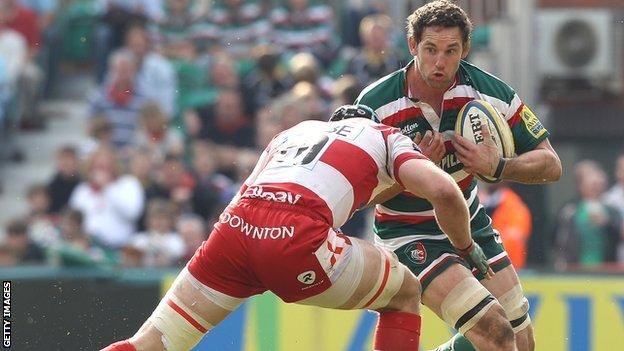 Cambridge have appointed former Leicester and All Blacks forward Craig Newby as their first team coach.

The 33-year-old will assist Rowland Winter, who has been named as director of rugby at Volac Park.

Previous boss Glen Remnant left earlier this month after a club-record defeat of 104-5 at Rosslyn Park on 12 January.

Cambridge are rooted at the bottom of National One, with just three wins from 18 games, and are four points adrift of 15th-placed Macclesfield.

with 84 appearances and two Premiership title-winning medals from his Leicester career, as well as three New Zealand caps.

He has since been working with the Leicester Tigers community coaching team.

Winter, 28, leaves his role as head coach at Bedford Athletic, a development team with links to Championship outfit Bedford Blues.