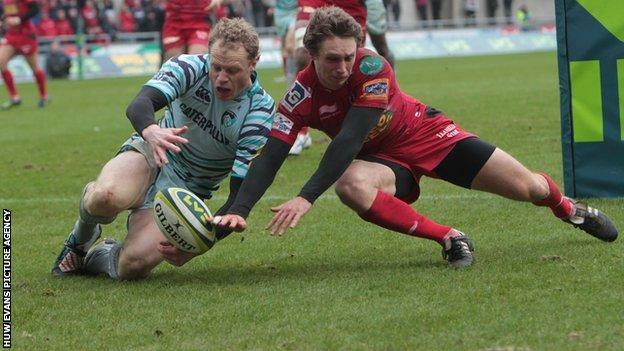 Scarlets ended their LV= Cup campaign with an encouraging 40-19 win over visitors Leicester on Sunday.

Both sides were missing internationals at Parc y Scarlets and neither were able to qualify for the semi-finals.

Thomas Waldrom and Andy Forsyth scores plus a penalty try saw the Tigers lead 19-15 at half-time.

It was the first defeat in 10 games for Leicester, a feat made even more impressive as Scarlets had 14 of their squad on international duty with a further 10 players out injured.