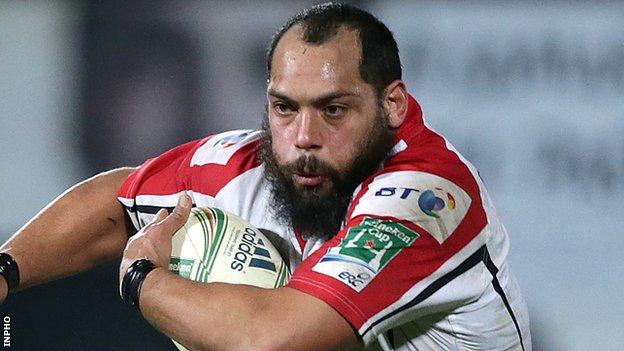 Ulster prop John Afoa appears to have indicated that he intends to return home to New Zealand next year so that he can chase a spot in the All Blacks World Cup squad in 2015.

The prop's wife is expecting the couple's third child in 10 weeks and he is currently on a break home.

"Bringing the family home for the baby is a positive...hopefully come back and play some footy too," added Afoa.

"I think like most people you want to be close to your friends and family in those early stages," the prop continued in an interview with TVNZ One News programme.

Afoa, who has 36 All Blacks cap, joined Ulster immediately after the 2011 World Cup and his brilliant form has been key to the Irish province's major improvement over the last 15 months.

New Blues coach John Kirwan said the franchise would be keen to talk to Afoa if he was planning a return home.

"If he wants to come home we'd love to talk to him."