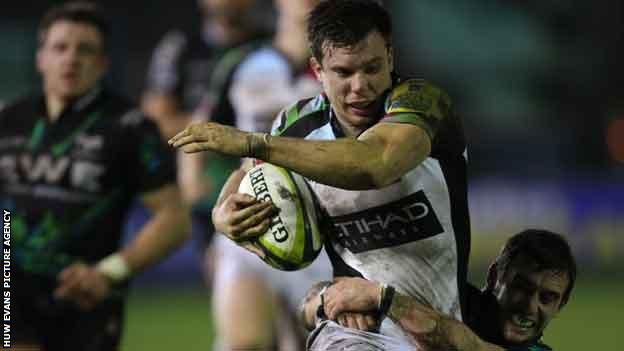 The Ospreys' LV= Cup campaign ended in defeat by Harlequins at Bridgend's Brewery Field as Harlequins sealed a home semi-final against Bath.

Centre Matt Hopper scored the game's only try for the visitors.

The Ospreys' points came from the boot of fly-half Matthew Morgan, who kicked four penalties, who also came close to going over after a break from half way.