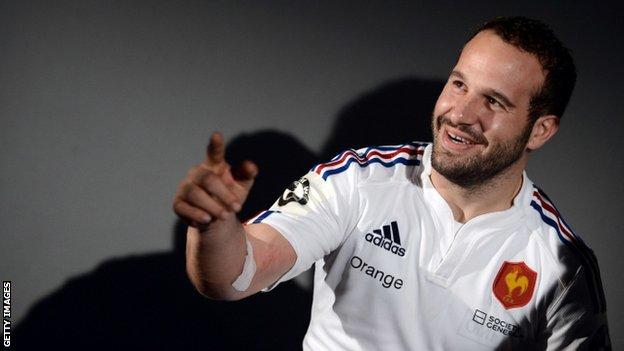 Momentum is vitally important in any Six Nations campaign and even more so leading into 2013.

Before the tournament begins, confidence and momentum vary depending on form following the autumn internationals.

And this is where the opening round of fixtures carry so much importance.

Wales at home, looking to end a seven-game losing streak against Ireland, could make or break them.

We could see a Grand Slam challenge or, with France away in the second game, they could be travelling to Rome in game three short on confidence and victories: something the Italians will thrive on.

Eli Walker might be a bolter of a selection for Wales on the wing but I think selection at stand-off will be critical with Rhys Priestland injured.

Excitement is building and no-one's even mentioned Lions selection

James Hook and Dan Biggar have different styles and selection will affect the Welsh tactical approach.

Ireland, with their clinical victory over Argentina in November under their belts, will be gunning for Wales.

There'll be a familiar look about the Irish backline, with a Leinster dominated midfield, but rookie Simon Zebo is the key player and much will depend on his ability to get into the game.

The more he touches the ball, the better Ireland will be playing, and if he brings his European Munster form into the tournament he may be the player everyone talks about come the end of the campaign.

They should have a reasonable amount of quick ball to work with as a result of the go forward produced by Jamie Heaslip, Sean O'Brien and Cian Healy.

A win for Ireland at the Millennium Stadium would create a fantastic occasion in game two at home against England.

Italy are at home in game one against France. They showed real promise in the autumn, particularly against Australia, and will be happy to have the French first up; traditionally the best time to get them.

I don't think we'll see a repeat of the Italian heroics of 2011 in Rome this year though. I expect Italy as always to be a real threat in all their matches and will be looking to target Wales and Ireland in their other home games and Scotland in Edinburgh in particular.

Two wins this year will be their aim; Sergio Parisse and Robert Barbieri in the back row will be to the fore if this eventuality materialises.

Under Philippe Sainte-Andre, there seems to be a real professionalism and understanding within the French camp and the slow starts of old may be behind them.

The secret to stopping France this year is getting to Frederic Michalak at stand-off, but this is easier said than done.

He will have an enormous pack in front of him and the likes of Louis Picamoles and Wesley Fofana on his shoulder to help out should anyone get near enough to him to inspect those extensive tattoos.

All eyes will be on the England game at Twickenham in game three - one of the tastier match-ups of the tournament.

England will be in fine fettle going into the Calcutta Cup game against Scotland after trouncing an All Blacks side described by many a commentator as one of the best New Zealand teams ever.

They had stumbled their way through the autumn games until that great victory and have an enormous amount of talent at their disposal.

One name sticks out for me in the English squad - Manu Tuilagi - the game breaker. Without him they lack a little bit of cutting edge on attack and he will be a big miss.

With France at home in game three - their key battle - they will fancy themselves to head to the Millennium Stadium in game five looking for a Grand Slam.

This will be music to the Scotland team's ears, we love the underdog tag!

I spoke at the start about momentum and confidence and in my preview of the whole tournament you can see that the focus has been on game one.