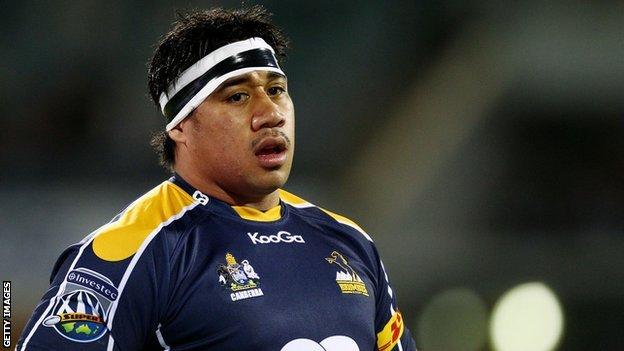 Northampton Saints have completed a deal to sign Australia prop Salesi Ma'afu for the 2013-14 season.

The 29-year-old, who has 14 caps, will leave Super Rugby outfit Western Force for Franklin's Gardens in the summer.

"We have been impressed by what we have seen from Salesi," Saints boss Jim Mallinder told the club website.

"He has built up a good reputation as one of the top props in Australia and has been a big part of the Wallabies' recent improvements in the set piece."

Sydney-born Ma'afu made his Test debut against Fiji in 2010 and was part of the Australia side that finished third at the World Cup the following year.

The prop, who started his career with the Brumbies, was sidelined by a broken arm in the latter half of 2012, but is part of the current Wallabies training squad.

Mallinder added: "Salesi will add a great deal to our group of props and the squad in general going into next season, and we're looking forward to welcoming him to Franklin's Gardens later in the year."