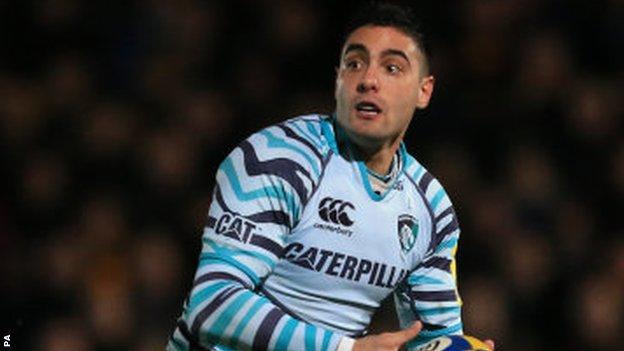 Ford is expected to join Bath at the end of the season, meaning the Tigers are now on the search for a new goal-kicking fly-half.

Cockerill told BBC Radio Leicester: "We are in the market for another No. 10.

"Whether Bowden will be a good enough goal-kicker, and out of hand, to play there we'll find out now".

Bowden struggled with injury in the build-up to the Tigers' 40-19 LV= Cup loss to Llanelli on Sunday and was forced to relinquish kicking duties to Matt Cornwell and Matthew Tait.

Although Cockerill is conscious not to heap pressure on the 27-year-old summer signing from London Irish, he admits Bowden will be key for the rest of this season.

"The 10 slot is still undecided but Dan is going to be important for us in the next few weeks," he continued.

"Matt [Cornwell] was kicking as a precaution because of Dan's groin and Tait was kicking for touch because we want to kick the ball and get as much practice as possible."

"Dan ran things well - his small micro-chat and confidence he's got going forward was great," Deacon said. "He is always putting his hand up."

Bowden has made nine appearances for Leicester so far this season.