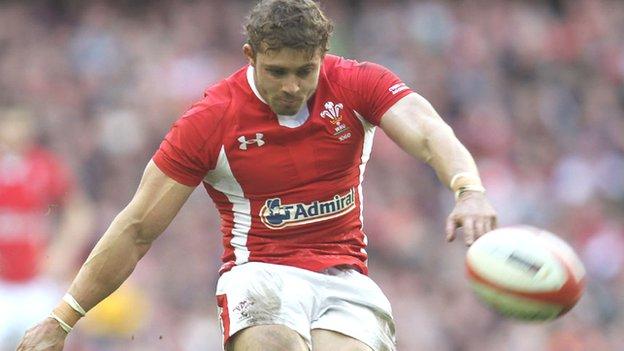 Blues full back Halfpenny was one of the few Welsh successes in the 22-30 loss against Ireland, and believes the players must make things up to the coach.

"It's the job of the people out on the pitch to put in a performance.

"We were prepared the best we could be, given every bit of information that we needed so that we're fully prepared going in to the game.

"It's the players on the pitch that have the job of winning the game for Wales."

Howley has been in charge for six of the run of eight defeats.

Head coach Warren Gatland took charge for the autumn Tests against New Zealand and Australia before resuming his duties as coach of the British and Irish Lions.

The interim coaching team have come under the spotlight, especially after the team's poor first half display against Ireland which resulted in them trailing 23-3 at half time.

However Halfpenny, who contributed 12 points with a try, two conversions and a penalty, believes it's now up to the players to make amends.

"It's now about reacting well," he said.

"The mark of a good team is the way they bounce back from disappointment, and what Saturday is about is us reacting positively and putting in a good performance out in Paris.

"And we really [have to] show on Saturday what it means to wear that Welsh jersey."