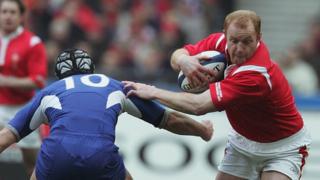 BBC Sport picks out three memorable Welsh victories in France, as Rob Howley prepares to take the current Grand Slam champions to Paris in the Six Nations on Saturday.

The final act in our three-part trilogy is the hard-fought win in 2005 as Wales battled back from a half-time deficit to record a 24-18 triumph on their way to a first Grand Slam in 27 years.

Fans set to be allowed at outdoor sports