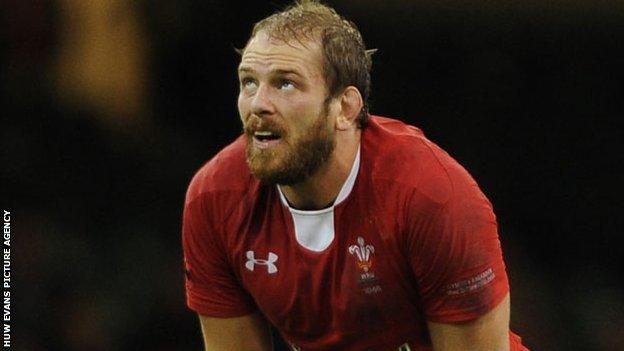 Wales lock Alun Wyn Jones is on the bench for the Ospreys Pro 12 match in Ulster on Friday evening.

Jones has not played since injuring a shoulder against Argentina on 10 November, but could now be available to face Italy on 23 February.

"He's trained well, come through the tests, he'll need a couple of games to get up to speed," said Humphreys.

"He'll play some part for us on the weekend and that should allow him to get a full game under his belt against Connacht the week after, and I'm sure then he'll be right to go."

Lions lock Jones is one of three specialist second rows currently unavailable for Wales because of injury.

Blues' Bradley Davies and Perpignan's Luke Charteris are both out for the whole of the Six Nations tournament.

Jones' return is slightly ahead of schedule, but that does not surprise Humphreys.

"They said 10 to 12 weeks, but we knew he would be on the lesser end of that because he's such a professional," he said.