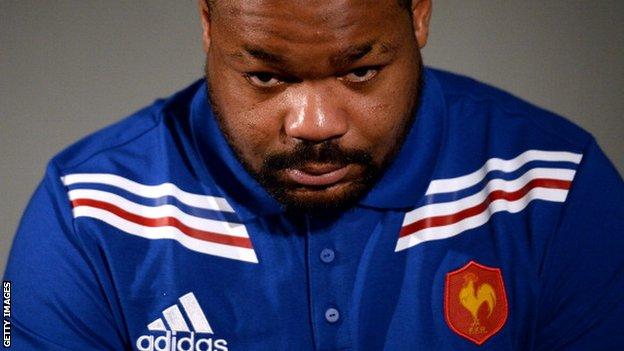 France have made two changes to the team beaten by Italy for Saturday's Six Nations clash against Wales in Paris.

Coach Philippe Saint-Andre said: "It's strategic. We wanted a 10-12-13 liaison between players from the same club. Florian will play [at some point]."

Flanker Thierry Dusautoir will resume the captaincy in Pape's absence.

Bastareaud, who has won 10 caps for France, has been rewarded for his impressive performances with Toulon, who lead the French Top 14.

Saint-Andre resisted the temptation to make too many changes despite the surprise 23-18 loss to Italy on the opening weekend, with Frederic Michalak and Maxime Machenaud remaining at half-back.

"We keep this group so we can find collective solutions, not individual solutions."