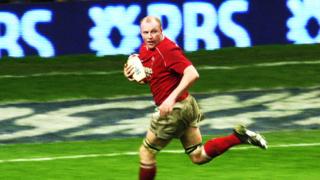 Wales completed the transformation from World Cup flops to secure their second Grand Slam in four years in 2008.

It was left to flanker Williams to close out the Grand Slam-winning match, picking up from a ruck 25-yards out and dashing home through a ragged defence.