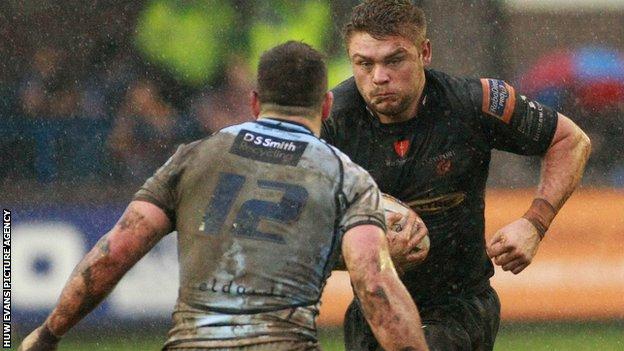 Newport Gwent Dragons forwards Lewis Evans and Hugh Gustafson, both 25, have extended their contracts until the end of the 2014-15 season.

Flanker Evans has come through the Dragons academy and has represented Wales Sevens.

Gustafson, a former Wales Under-20 captain, has been switched from prop to hooker this season.

"I'm sure both players will play a big part in the Dragons future," said Dragons director of rugby Robert Beale.