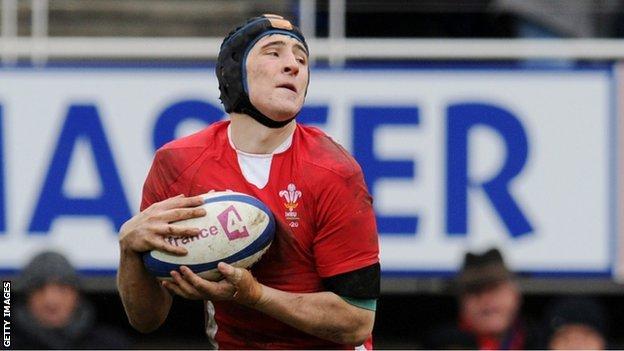 Wales Under-20s made it two Six Nations wins out of two as they overcame France 27-13 in muddy conditions at Clermont's Stade Marcel Michelin.

The visitors produced a sparkling first-half performance followed by a battling rearguard action.

Sion Bennett, Cory Allen and Rhodri Williams all crossed to give Wales a 21-6 lead at half-time.

Flanker Bennett was gifted the opening try after seven minutes, before centre Allen burst through after 28 minutes.

Scrum-half Williams then snapped up another moments later after a superb run by wing Ashley Evans, as Wales led 21-6 at the break.

France's scrum put Wales under intense pressure in the second half with Wales props Nicky Smith and Gareth Thomas both sin-binned.

Wing Wieprecht pulled a try back after 51 minutes for France but a drop-goal and penalty by fly-half Davies, to add to his three first-half conversions, gave Wales enough of a platform to hold on fairly comfortably in the end.