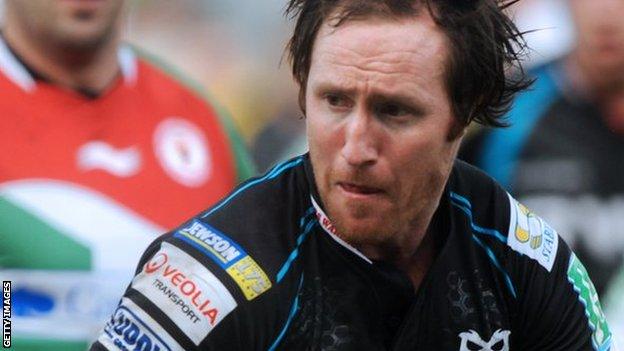 The Rugby Football Union have banned Jersey full-back Barry Davies for three weeks after he admitted striking an opponent in the last month.

He will miss Saturday's match at Bedford and will also be out of next week's game with Nottingham.

He last year after three seasons with Ospreys and won a Welsh cap against Ireland in the 2006 Six Nations.

"Club officials reviewed the relevant footage from the match at St Peter and decided there was a case to answer regarding alleged foul play," said a club statement.