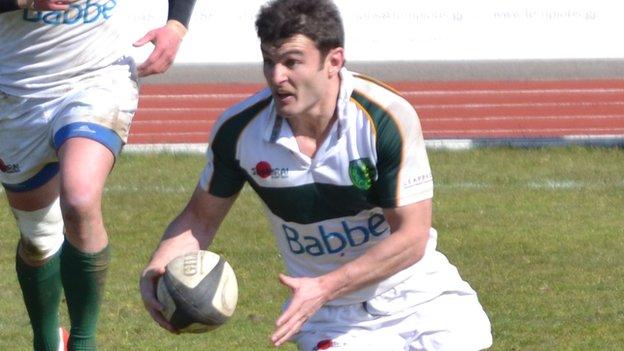 Guernsey captain Blair Campbell is likely to miss the rest of the season after suffering a hamstring injury.

The New Zealander was hurt as the island side prepare to face third-placed Bishop's Stortford this week.

"It's going to be a pretty tough game for us," boss Jordan Reynolds told BBC Guernsey.

"They're one of the top teams and we haven't really found out feet."

Reynolds's side have won only one of their last five matches and are nine points off the relegation zone, and he says his side needs to pick up their form.

"We know we haven't played to our potential this season so we're hoping that we can start finding a bit of form with the last eight games to go," added Reynolds.

"I would like to see us playing a lot better than we are. We haven't raised the bar as much as we though we should have.

"It's not that other teams are better, we just haven't played as well as we should have.

"We need to start picking up losing bonus points or when the opportunity is there to score the fourth try make sure we cross the line."