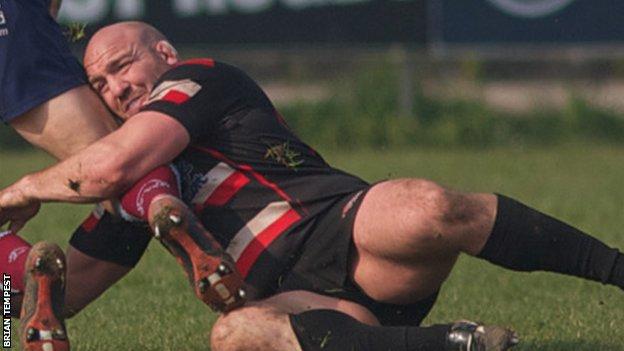 Cornish Pirates prop Alan Paver will make his 300th appearance for the club when they face Doncaster on Sunday.

The 35-year-old 11 years after joining the club from Plymouth Albion.

"The big thing for me is that the support has been there for all those years and it's been right behind me all the way," he added.

Paver played at Albion for three years before moving to the Mennaye and is one of just a handful of players to have played for the Pirates, Plymouth and the south west's other major club, Exeter Chiefs.

He during a short-term loan, but regards the Pirates' EDF National Trophy win over them at Twickenham in 2005 as the highlight of his career.

"The occasion was absolutely fantastic," the Yorkshireman said.

"To see all the support and the whole of Cornwall really rally round, those were massive games.

The Pirates have not played a game for three weeks and Paver says they are looking to beat bottom club Doncaster and kickstart the rest of their season.

"We're taking this super-serious because it's our first game in a long time because of the weather and the break.

"If we don't come away with a win, or a position for a bonus point, we'll be pretty disappointed," he added.

"There's about three teams vying for that third and fourth slot, it's going to be difficult but it is very realistic.

"If we get on a little run now, then we could be in a good position."