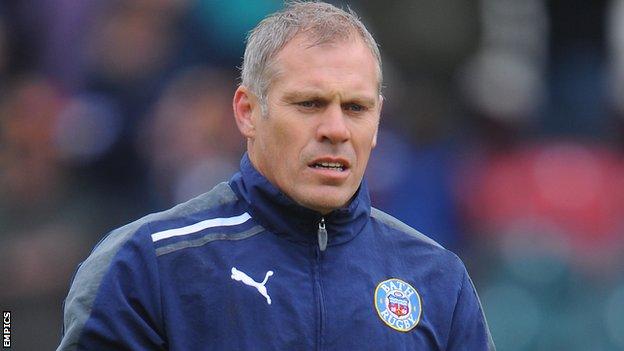 Bath first-team coach Brad Davis has decided to leave the Premiership club in order to progress his coaching career elsewhere.

The 44-year-old joined the club from Castleford Tigers in 2006.

"This has been a very tough decision, but one I feel is right for both myself and the club," he said.

"The time is right for me to move on and explore new opportunities. I hope the club has every success in the future," the Australian added.

The former rugby league player initially moved to the Rec as defence coach and later spent time as a specialist skills and an assistant coach, before having his role re-defined following the appointment of Gary Gold last summer.

During his time at the club, Davis helped the side to win the European Challenge Cup in 2008 as well as reaching the Premiership semi-finals in three successive seasons.

"I've learnt a lot in my time here, and I'd like to thank all the players, coaching and backroom staff, plus of course all the Bath supporters who have made my stay such a memorable experience," he said.

Bath chief executive Nick Blofeld said Davis had been "a great servant" to the club.

"He has been instrumental in developing such a strong defence in recent seasons," Blofeld said.

"We would like to thank him for his commitment and contribution to the club, and wish him all the very best."