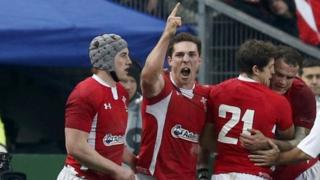 Watch highlights as defending champions Wales beat France 16-6 in the 2013 Six Nations at the Stade de France, in Paris.

George North scored the only try of the game with less than ten minutes on the clock to end Wales' eight-match losing streak.