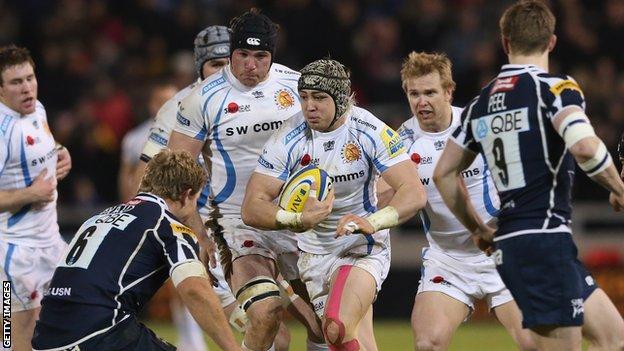 Exeter head coach Rob Baxter has described some of his side's play in the loss at Sale as "stupid".

"We keep talking about being a team in progression, but the first thing you've got to do in any sport is not to be stupid and I thought we were stupid," Baxter told BBC Radio Devon.

"We did some stupid things which annoyed the referee and then we seemed to be the side under pressure."

The loss was Exeter's first ever to Sale in their three seasons in English rugby's top flight.

It means the Chiefs have not won a Premiership match since they a run of four games without a win.

"We've got to make sure that the season doesn't fizzle out for us," Baxter said.

"We've still got to make sure this season ends on a bang."