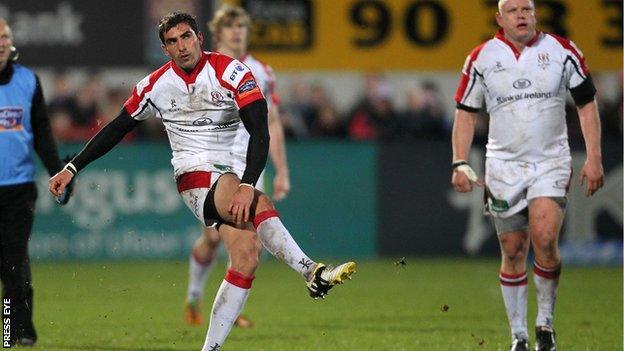 Ruan Pienaar is expected to be fit to play in Ulster's Pro12 league clash against Zebre on Friday night.

The South African star limped out of last week's home defeat to the Ospreys with a shoulder injury, but fears over his fitness have been allayed.

He is due to see a specialist on Monday evening but Ulster's medical team are confident there is no serious damage.

Paddy Wallace's chances of playing this weekend are rated as no better than 50-50 due to a lower leg injury.

Wallace came off against 44 minutes of the 16-12 defeat to the Welsh side at Ravenhill.

Although his injury is not expected to be a long-term one, he may not make Friday's game against the Italians.

Darren Cave should have recovered from the dead leg he sustained against the Ospreys, but the main relief is over Pienaar's availability.

"He stretched a nerve through the upper limb, but it is definitely not serious," confirmed an Ulster spokesman.