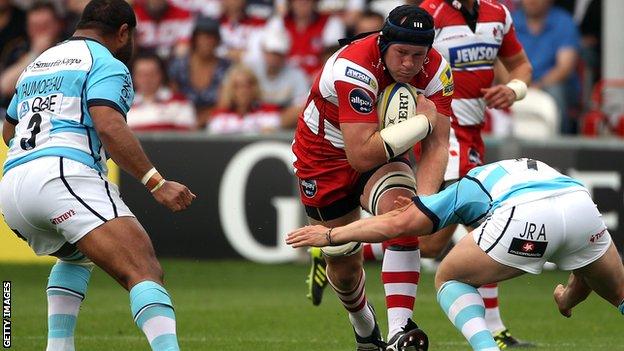 Gloucester flanker Peter Buxton has agreed to join Championship side Bristol for next season's campaign.

The 34-year-old has spent the last 11 years at Kingsholm, making 270 appearances for the Premiership club.

Buxton is in the final season of his current contract with the Cherry and Whites and has played nine games so far this term.

"Having known him for some time, when the opportunity arose to bring Peter to the club, I had no hesitation in sharing with him what we are driving towards at Bristol.

"He is the type of character who leads by example and has a big influence on people around him."