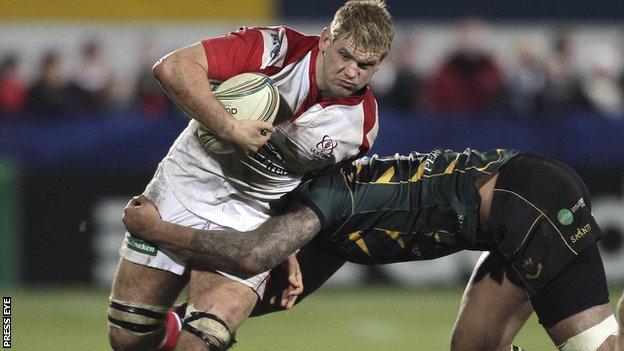 Ireland trio Chris Henry, Iain Henderson and Declan Fitzpatrick are back in the Ulster squad for the top versus bottom game against Zebre.

Henry and Fitzpatrick were in the match-day squad for Ireland's defeat by England at the Aviva Stadium on Sunday.

Half-backs Michael Heaney and Paddy Jackson have also been added to the squad for the Ravenhill encounter.

Scrum-half Ruan Pienaar is expected to be fit after limping out of last week's home defeat to the Ospreys with a shoulder injury.

Paddy Wallace's chances of playing are rated as no better than 50-50 due to a lower leg injury sustained in the Ospreys game.

Although his injury is not expected to be a long-term one, he may not make the game against the Italians.

Ulster remain top of the Pro12 table despite the 16-12 loss to the Welsh team.

It was Ulster's first league defeat at Ravenhill in the current campaign.

The Irish side have a seven-point advantage over closest challengers Glasgow Warriors going into the round 15 matches.

Zebre are stranded at the bottom, 12 points adrift of the 11th-placed Dragons.