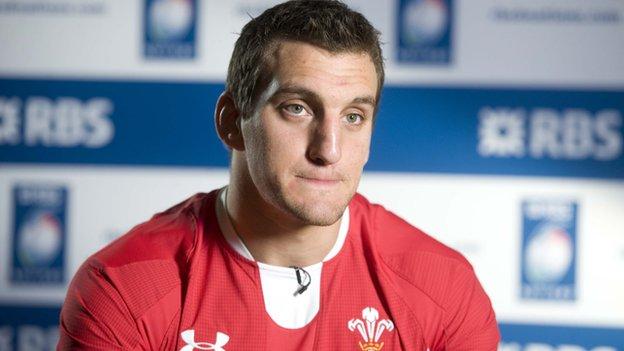 Rob Howley has given a vote of confidence to the Wales team that beat France by announcing the same XV will start the next Six Nations clash against Italy on 23 February.

It means championship captain Sam Warburton, who missed the Paris match with an injury, will miss out.

Howley said: "I have told the players the same fifteen will start in Italy.

"I think it is pretty important from a coach's perspective that we reward the players who've gone out on the field."

He added: "I thought Ryan Jones was outstanding in terms of his leadership and it is a just reward that he captains the side against Italy."

Jones took over the captaincy after Warburton had led Wales in the 30-22 defeat by Ireland in the first round of matches.

Warburton's open-side slot went to Justin Tipuric, who had an impressive game in an effective Welsh back row as France were beaten 16-6 - ending a run of eight successive defeats for Wales.

Howley said he had told all the players of his decision to stick with the same starting line up on Tuesday morning - one week ahead of the scheduled team announcement.

He added that he had discussed the move with Warburton directly.

"He has taken it very positively. Obviously he stays with us, he's part of the squad, and he'll be a fantastic captain in years to come.

"But for this game, on the back of our performance in France I think it's important that we said same again."

Lock Alun Wyn Jones, who returned to action for the Ospreys on Friday night, was called back into the 36-man Wales squad on Tuesday.

But the Wales and Lions second row can now only expect to make the replacements' bench in Rome.

Howley said that players outside the starting XV could be released to play for their regions this weekend.

Players based outside Wales have already been released back to their clubs, including Bayonne scrum half Mike Phillips and Toulon prop Gethin Jenkins, who both started against France.