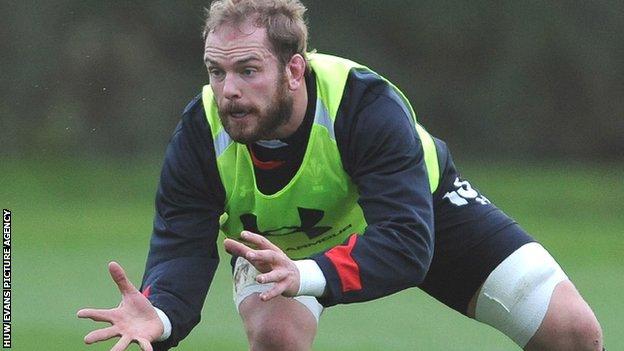 Wales lock Alun Wyn Jones will be available for the Ospreys against Connacht in the Pro 12 League on Friday after being released from Wales' squad.

Jones was added to the national squad on Tuesday after missing the last five Test matches through injury.

He made his comeback for the Ospreys as a second half replacement against Ulster last Friday.

Wales have released 15 players from the squad, eight to Welsh regions and the rest to clubs in England and France.

Only two of those players - Phillips and Jenkins - are in the starting line up announced by interim coach Rob Howley on Tuesday for the match against Italy on 23 February.

Jones has not played for Wales since injuring his shoulder in the defeat by Argentina on 11 November 2012.

All the players will return back to the Six Nations squad on Monday, 18 February.