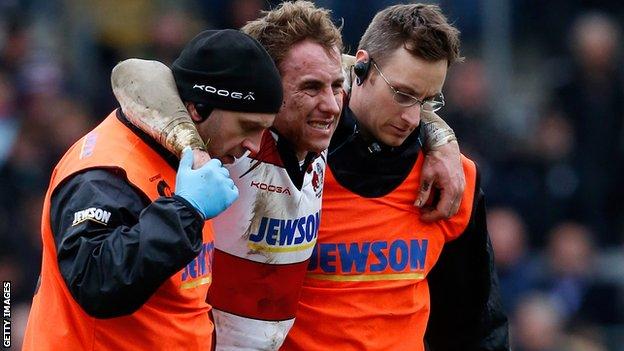 Gloucester scrum-half Jimmy Cowan has been ruled out for the rest of the Premiership campaign after damaging the ligaments in his knee.

The New Zealand international was carried off in Saturday's 27-11 victory over Northampton at Franklin's Gardens.

Director of rugby Nigel Davies confirmed Cowan, 30, was likely to be out for at least six months.

"He's very positive and just wants to play. He'll do whatever he can to get back sooner than that," added Davies.

Cowan joined Gloucester from Super 15 side Highlanders in the summer and has since made 15 appearances for the Cherry and Whites.