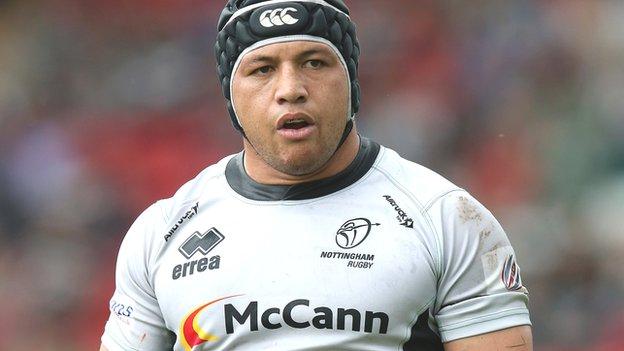 Nottingham hooker Joe Duffey insists he still has the drive and determination to play top-flight rugby in England.

The 30-year-old is in his his third spell with the Green & Whites, having rejoined in June 2011 after failing to make the grade at Leicester Tigers.

But he told BBC Radio Nottingham returning to the Premiership with Nottingham would special.

"I'd love to have another crack at the Premiership and would like to do it with Nottingham," Duffey said.

The Green & Whites are third in the Championship table and look to be building nicely for the end-of-season play-offs.

"The Premiership is the top league and if you are not aiming to play with the best players then you are probably cheating yourself," said Duffey, who recently became a father for the first time. "There is no better test.

"But we are not in the Premiership. We are we have to go about our job in the Championship and you never know what might happen.

"Nottingham has always had a place in my heart. This is the third time I have come back to Nottingham. It's a good city."