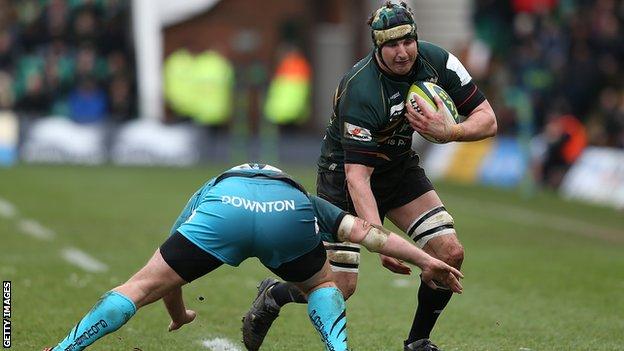 Bristol have signed Northampton lock Mark Sorenson for the 2013-14 campaign.

Sorenson left Bay of Plenty in his native New Zealand to join Newcastle Falcons in 2006, where he played 100 Premiership games.

The 33-year-old left Kingston Park to sign for Saints in 2010, and has since made 43 starts and 43 replacement appearances in all competitions.

"He has a big capacity for work, testimony to his professional attitude and to his physical condition.

"The fact that he has already featured 23 times this season in the Premiership, Heineken Cup and LV= Cup reflects how valuable he is to the team he plays for, and a representation of his durability."

Sorenson added: "It's a new challenge for me to join Bristol. I still hold a lot of aspirations as a player, so I wanted to join a club that was moving forward.

"It's an exciting time to be here and I'm looking forward to playing my part and helping the club progress."