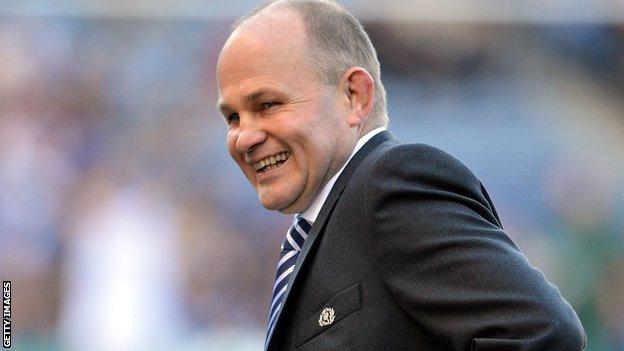 Former England and Scotland coach Andy Robinson is set to be appointed director of rugby at Championship outfit Bristol.

The 48-year-old quit his role with Scotland in November after a disappointing autumn series.

It is believed he will be unveiled at a news conference on Monday.

Current head coach Liam Middleton is expected to continue his role, with Robinson likely to begin his tenure at the end of the season.

Middleton has been in charge at the Memorial Stadium since 2011, and his side are currently sixth in English rugby's second tier.

The former Premiership club have made no secret of their desire to regain their place in the top flight, but have been left frustrated by losing out in the final stages of the play-offs twice in the last three years.

As a player, Taunton-born Robinson was capped eight times by England and spent his entire domestic career with Bristol's local rivals, Bath.

He then went on to coach at The Rec, before working as forwards coach for England under Sir Clive Woodward, helping mastermind the 2003 World Cup victory in Australia.

Robinson succeeded Woodward as head coach - a position he held between 2004 and 2006 - before a two-year stint with Edinburgh, which led to him being appointed as Scotland boss in 2009.

But he ended his three-and-a-half year reign after defeats by New Zealand, South Africa and Tonga.