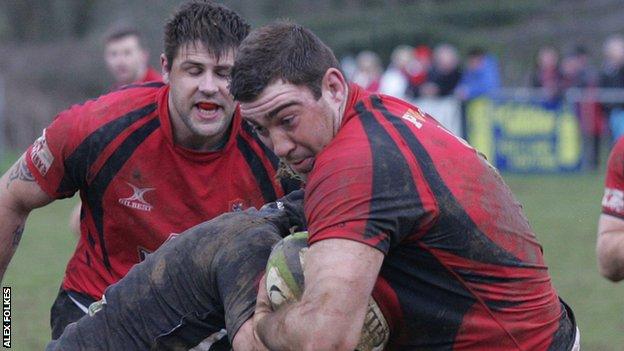 Redruth forwards coach Ashley Morcom says his club will aim for promotion even though they cannot "realistically" afford to play in National One.

The Reds are third in National Two South, nine points off leaders Worthing, with two games in hand.

But they from their time in the higher division.

"We've got to go for it, it's the reason why we play sport, there's no other reason for it," Morcom said.

"It's not a million miles away from the end of the season, but we've still got some tough games to play," Morcom told BBC Radio Cornwall.

"We're certainly not going to throw games, but realistically, financially, Redruth probably aren't in the right place in the minute to go up.

"But if we're there we're going to go for it, it's as simple as that.

"It's difficult, we've been looking at some ways around it if we win promotion, whether we can say to the Rugby Football Union [RFU] that we don't want to go up, but we'll be penalised the season after.

"Our opinion is that we've done so well we've got to keep going with it really."