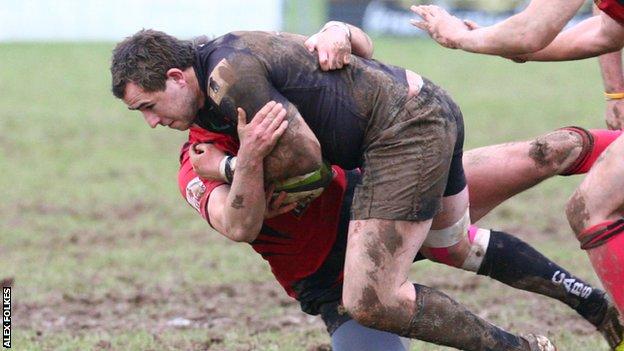 The victory, their first over Clifton in two seasons, saw them bounce back from last weekend's Cornish derby loss.

"We're over the moon. It was a stern effort against a good Clifton team," Rawlings told BBC Radio Cornwall.

"If anything they were a bogey team for us. Last year we lost to them home and away and lost this year at theirs, but we well and truly beat them today."

Rawlings continued: "We got our result and the five points, so we'll build on that now.

"In the first half we saw some very good open rugby and when we needed to go tight we did."

But despite the win, Rawlings did admit to some cracks in the All Blacks' defence during the game.

"It's a pleasing result but I'm going to have a look at our defence as we did slip a few through," he added.

"We went ahead, scored again and let them back in afterwards, and you can't do that."