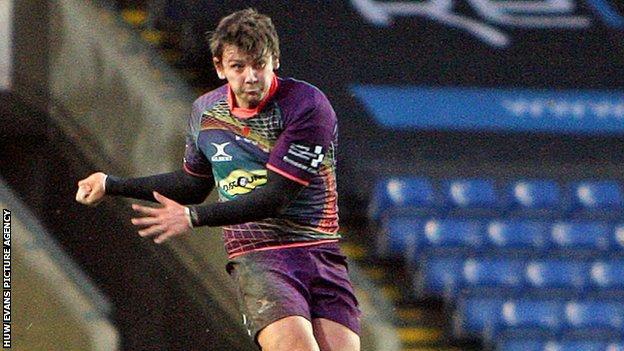 Home stand-off Alberto Chillon kicked an early penalty and centre Matteo Pratichetti went over in the 39th minute for the fly-half to convert.

Chillon added a second penalty soon after the break to put his side 10 points ahead at Stadio XXV Aprile.

But Jones kicked penalties either side of Jevon Groves' try to seal the win.

Zebre threatened to add to the Dragons' problems as they built their 10-point lead.

Buck received his early rest in the 33rd minute. And has his time on the sidelines ended, Price went the other way.

But despite the shortfall in numbers, the Dragons were able to claw their way back into the contest.

After Chillon kicked his second penalty, the visitors had it all to do.

Jones gave them hope as he kicked a 56th-minute penalty and lock Groves went over five minutes later.

The Dragons pivot missed the conversion, but hit the mark with 16 minutes remaining.

And he and his team-mates held on to secure a hard-fought and tense victory.