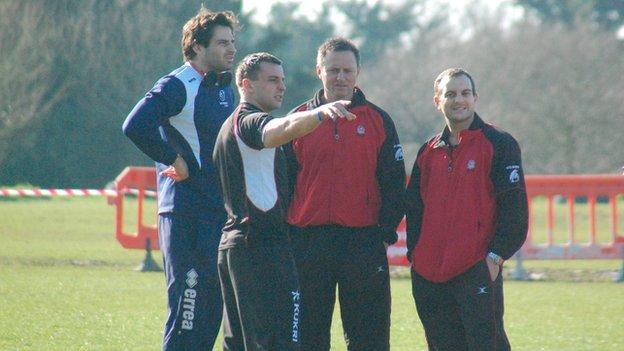 Jersey's postponed Championship match against third-placed Nottingham has been rearranged for Saturday 16 March.

The game at St Peter was but was called off about an hour before the kick-off after the Green and Whites raised questions about the state of the pitch.

Ground staff and volunteers had put sand on muddy areas.

Nottingham estimated about 150 supporters had made the journey to the Channel Islands.

They are now being offered tickets for their British and Irish Cup tie this Sunday against Llandovery at Meadow Lane.

Meanwhile Jersey have confirmed they will give fans refunds or they can use the original tickets for the rescheduled game next month.