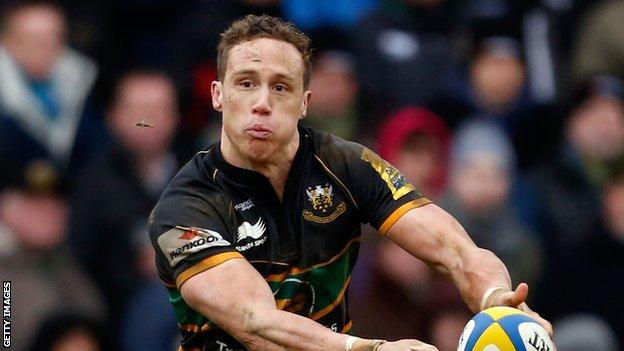 The length of the contract for the 29-year-old New Zealander is undisclosed, but it is believed to be for two years.

He arrived from Bourgoin in the summer and has played nine times this season.

"I'm very grateful for the opportunity that Jim Mallinder and the rest of the coaches have given me and to sign a new deal to stay at Franklin's Gardens is fantastic," he told the club website.

"I'm very happy and over the moon, to put it lightly. The team environment has been great to be a part of.

"Everyone gets along with each other and we try to play a good brand of rugby. We're trying to be as good a team as we can and I can see us getting a lot better over the next few years."

Wilson can play at full-back, wing or centre and became the second back to sign a deal this week after