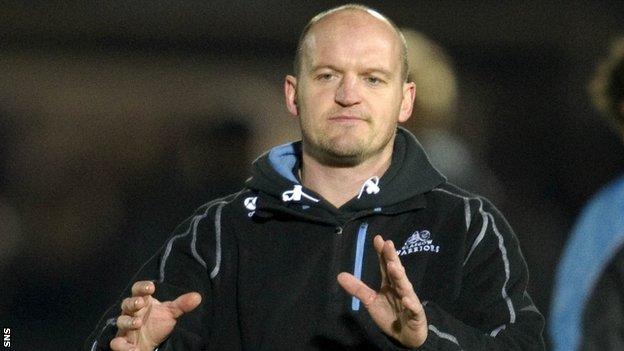 The bonus-point victory took second-place Warriors to within three points of the Pro12 leaders.

"I was living every moment of that last 20 minutes," Townsend told BBC Radio Scotland. "What an effort from the players. I'm so proud.

"At the end, they were hanging on. They wanted that win and they fought every inch for it."

Victory at Scotstoun followed and Townsend is determined to clinch a top-two place, which would guarantee a home semi-final in the play-offs.

"Our ambition was really good. We ended up with four tries, could've had a couple more so that's great for the league table.

"It brings Ulster back into the mix. We're now three points behind them so getting the bonus point was crucial and we've got some big games coming up; we play six of the top seven teams.

"We've just got to keep on producing the results and aim for a home semi-final."