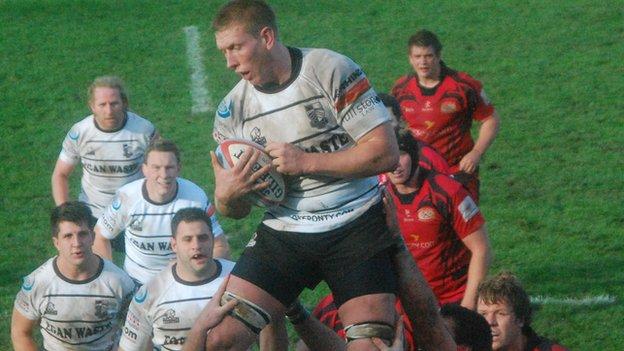 The postponed British and Irish Cup tie between Pontypridd and Jersey has been rearranged for Friday, 5 April.

The Pool Five match was after heavy snow in Wales.

With neither club able to make the next round there had been doubt whether the game would be rescheduled or cancelled altogether.

But a statement from Pontypridd said they were "eager to honour the fixture" and "preserve the integrity of the competition".

A win for Jersey would see them avoid bottom spot in the group, while the Welsh side will definitely finish in second place behind pool winners Leinster.