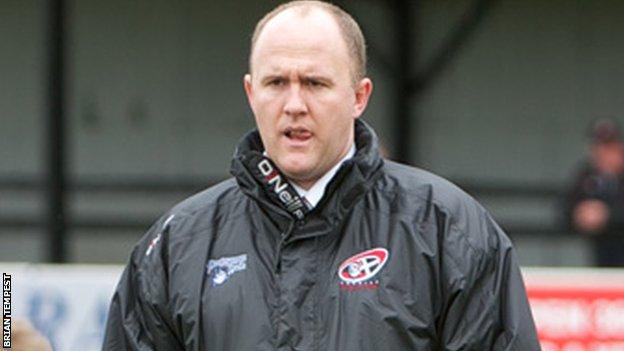 Cornish Pirates boss Ian Davies says he is proud of his depleted squad's performance, despite them losing 50-3 to Championship leaders Newcastle.

The Pirates conceded eight tries and got their only points through Aaron Penberthy's 21st minute penalty.

"I have a an immense sense of pride, everyone stuck to the task," Davies told BBC Radio Cornwall.

"We deserved a score but didn't get one. Did the score flatter them? Probably not, they took their chances."

The Pirates only had 20 fit players available and the day before the game backs coach Harvey Biljon was set to be named as a replacement.

"We fielded what we could do," Davies said.

"To say we fielded a weak side might be insulting to those guys that took the field and those that did play gave absolutely everything.

"Against anyone else in the league we would have scored two or three tries in the first half.

"But our accuracy let us down a bit at times but we had to work had to get the ball.

"They realised they were in a game because they certainly had to work for their scores.

"You look at the score board and it doesn't totally reflect the game."