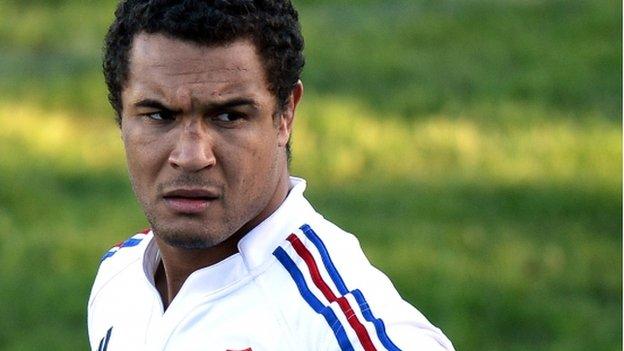 Les Bleus are yet to win a game while England are unbeaten but Dusautoir says his team will not go to Twickenham on Saturday as the underdogs.

"We're going to play the best rugby we can," said Dusautoir. "We have prepared for the game - it will be enough.

"We are going to have to be really good but the most important thing is we expect to win tomorrow."

France have made their worst start to the championship in 31 years, falling to opening defeats by Wales and Italy.

But Dusautoir hopes France can take inspiration from the 2011 World Cup when they clawed back from a dreadful group campaign, beating England in the quarter-finals, to reach the final.

"I hope it will be the same [result]," he added. "It's a new team though, totally different. Maybe at the World Cup we had more experience but that's why we are focused on us."

France coach Philippe Saint-Andre has made seven changes to his starting line-up - opting for a new half-back pairing, with Morgan Parra and Francois Trinh-Duc replacing Maxime Machenaud and Frederic Michalak.

"We have to have the freshness and enthusiasm," Saint-Andre said.

"We will have to show all our qualities of being French on Saturday - that means being brave, daring, unpredictable and to take the fight to them.

"To be honest, it's always a good thing when we French have our backs to the wall. That forces us to regroup and to better prepare individually for what will be a bruising contest."