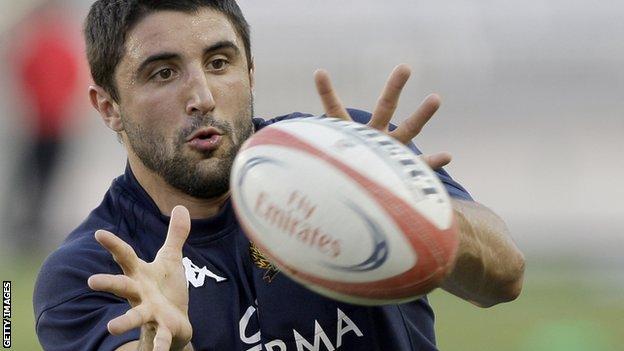 Ospreys have signed Zebre scrum-half Tito Tebaldi for next season.

Italian international Tebaldi, 25, has won 16 caps and scored a try at the Liberty Stadium as Zebre came close to their first Pro12 victory in January.

He will join the Welsh region in the summer after agreeing a two-year deal.

"I'm excited about this fantastic opportunity with the Ospreys. The chance to be a part of such a successful club is something I couldn't turn down," he said.

"I've worked with Gruff Rees before, at Aironi, and It'll be great to work with him again along with the other coaches at the Ospreys."

Ospreys will lose Samoan scrum-half Kahn Fotuali'i to Northampton Saints at the end of the season, but still have plenty of options at nine.

They fielded five players with experience of that position in Friday's 24-7 win over Edinburgh, including Wales cap Rhys Webb.

Tandy also admitted Ospreys will be looking to recruit on the wing for next season after losing Hanno Dirksen and Eli Walker, their only two senior specialists, to injury this season.