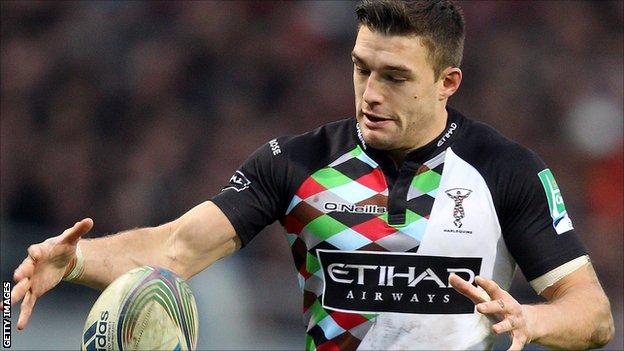 Stegmann, 23, joins the Exiles immediately and has agreed a deal that will keep him at Welsh until 2015.

He came through the academy at Harlequins and made his first-team debut against Newcastle Falcons in September 2007 in the Premiership.

"Seb is a good recruit for us - he'll add a lot of strength to our squad," said London Welsh head coach Lyn Jones.

Stegmann scored three tries in eight appearances during the club's Premiership winning campaign of 2011/12, and made 35 appearances for Harlequins in total, scoring 11 tries.

He represented England at U16, U18 and U20 levels, and won a Grand Slam with England U20s in 2008, scoring three tries. The same year he featured for England at the U20s IRB Junior World Championships in Wales.

Jones added: "I'm really looking forward to working with him.

"He is another successful product of the Harlequins Academy. He's had a very promising career up until now and will benefit from playing more games."