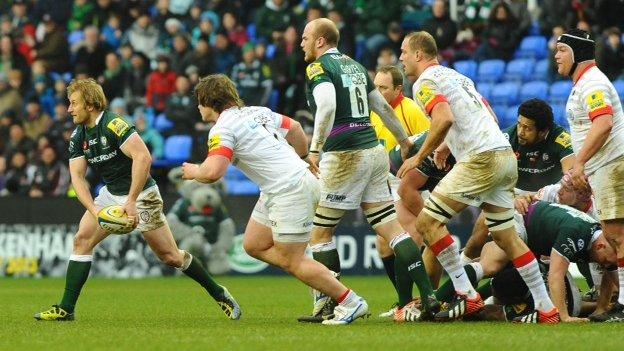 London Irish have agreed to sign scrum-half Patrick Phibbs from Leicester on a two-year deal at the end of the season.

The 31-year-old Australian is currently on loan at the Exiles after joining in December as cover for Ireland international Tomas O'Leary.

He has played seven games for Irish, including five in the Premiership.

"I've really enjoyed my time at London Irish," said Phibbs. "There is a great group of lads at the club and a lot of potential to go with it."

Phibbs, a product of Waverley College in Sydney, added: "We have showed in the last few weeks what we can do and I look forward to pushing on with London Irish over the next few years."

London Irish director of rugby Brian Smith believes Phibbs has been a "major factor" in their improvement since the turn of the year.

"Patrick is a class act, his vast experience in Super Rugby and the Aviva Premiership make him a great fit for our club," said Smith.

"Since Pat joined us at Christmas we've won six from eight games and he's been a major factor in our improved form in 2013."