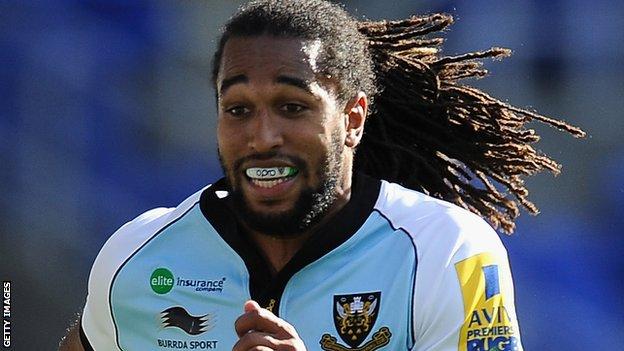 Newcastle Falcons have signed Northampton winger Noah Cato on a deal until the end of the season.

The 24-year-old has featured only once for the Saints this season in October's Premiership game against London Irish.

The former England Saxons player moved from Saracens to Franklin's Gardens in 2011, but has only made nine starts.

Falcons director of rugby Dean Richards told the club website: "Noah is a great addition. He brings both club and international experience."

Brighton-born Cato has also featured for England Sevens team and was Sarries' top try scorer during the 2008-09 season.

"I am delighted to join Newcastle Falcons, and this is a good opportunity to get back to playing regular rugby," he added.

"To be a part of a club with the ambition of returning back to the Premiership presents an exciting time ahead for me."