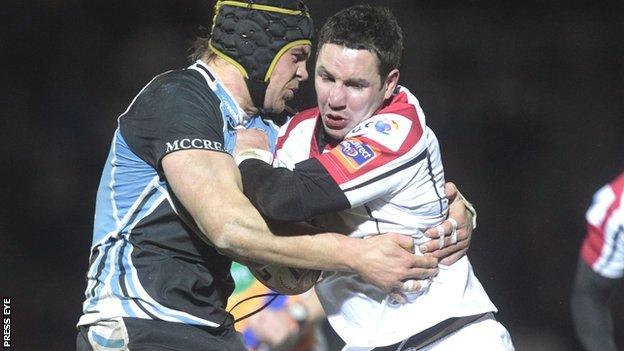 Ulster centre Paddy Wallace faces a lengthy spell on the sidelines after suffering a serious knee injury in Friday's Pro12 defeat against Glasgow.

The 33-year-old sustained a ruptured anterior cruciate ligament in the second half of the game at Scotstoun.

Wallace will miss the rest of the season at least and he will have surgery on his left knee before a "significant period of rehabilitation".

It is major blow for Ulster's Pro12 and Heinenken Cup campaigns.

Ferris is in danger of missing the rest of the season after suffering a setback with his ankle injury.

The 27-year-old has been out of action since early November and underwent surgery in early December.

Earlier this month, Ferris said he hoped to be back in action by early March, but it is understood he may require a further operation.

Henry and Bowe both have knee injuries and the Ireland pair hope to be back for the Heineken Cup quarter-final against Saracens at Twickenham on 6 April.