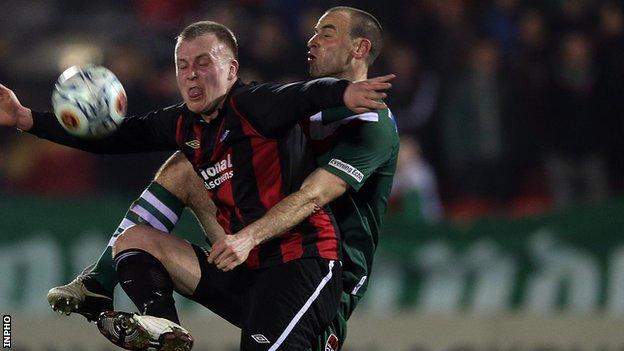 Crusaders will go into the second leg of their Setanta Cup quarter-final at home to Cork 1-0 down after conceding a late goal at Turner's Cross on Tuesday.

Danny Morrissey headed in the only goal at the far post in the 89th minute after Adam Rundle had delivered the cross from a short corner move.

Before the goal, David McMaster forced a superb save from Mark McNulty after the home keeper's poor clearance.

Then, when Heatley played through to Jordan Owens, City centre-half Dan Murray made a timely challenge.

Crusaders were understrength for this game because of injuries and suspensions.