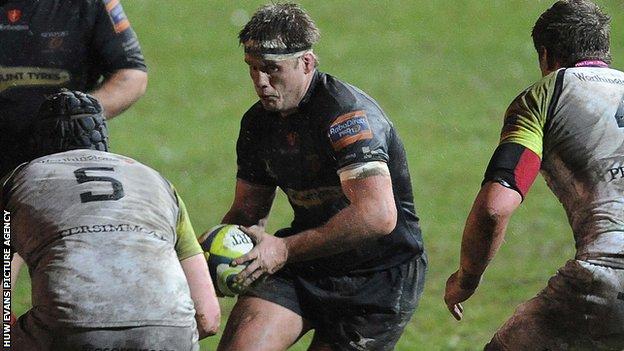 The 24-year-old arrived at Rodney Parade from Llanelli in September on a one-season contract because of a back row injury crisis.

He will make his 18th appearance against Leinster on Friday, has been rewarded with a new Dragons deal.

"I was given an opportunity to prove myself as a professional and hopefully I have done that," said Cudd.

The former Scarlets academy product has impressed this season and been one of the success stories of the season for the Dragons.

"We haven't had the best of results this season but I think it is going well for me on a personal front," said Cudd.

"I have had plenty of games and feel that I am improving as a player.

"Over the past few months I have improved in terms of physicality and carrying the ball."