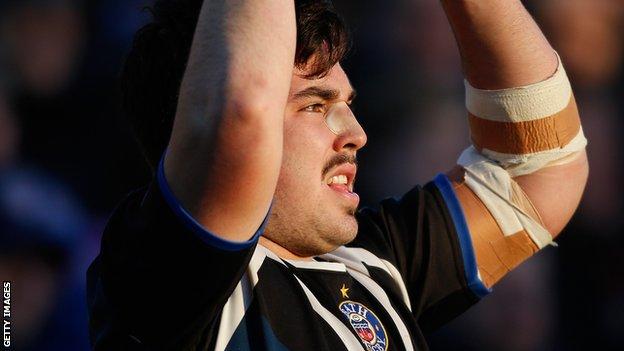 Cornish Pirates have signed Bath's Will Tanner on a dual-registration deal.

The 20-year-old hooker, who is a former England youth international, has played once in the Premiership for Bath in December 2011 and spent time at Bristol and Clifton.

"Will was to be dual-registered earlier in the season but an injury meant his opportunity was missed," said Pirates boss Ian Davies.

"He is a talented footballer and is a welcome addition to the squad."

Championship clubs have until Friday, 1 March to make additions to their squads for the final matches of the season.