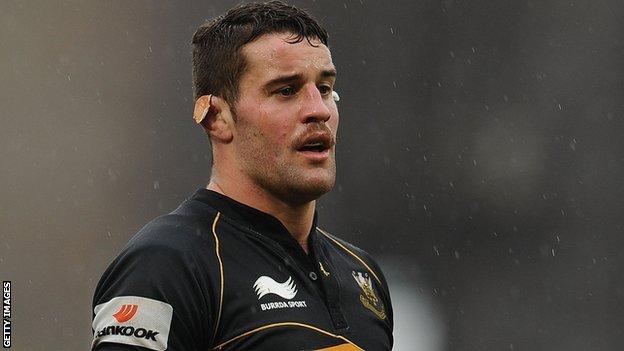 Northampton Saints forward Calum Clark has said he could be ruled out for the rest of the season.

"The timescale is quite broad for this," the former Leeds flanker told BBC Radio Northampton.

"The surgeon said that could be the season, but we're hoping it could be better than that."

He has played 11 times this season for Saints, but is back on the sidelines after serving

"I try and shut off," he said of missing first-team action. "It's very difficult when you want to be playing and want to be heavily involved.

"I've got other focuses so I try and think about those."