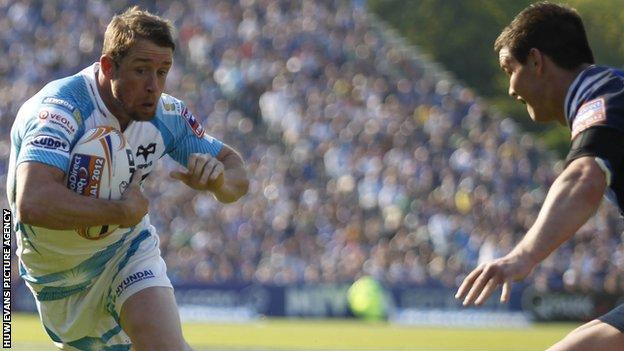 Shane Williams has rejected a move to French Top 14 side Toulon to re-sign for Japanese Division Two side Mitsubishi Dynaboars.

Williams, 36, says he might have joined Toulon at an earlier stage in his career if the chance had arisen.

"There was an option to go to Toulon, plus other teams as well… but it was just the wrong time," he said.

"I think if I'd had the option several years ago and I was out of contract I would have done it."

The will return to Japan later in 2013 for a second term, having he was considering playing on.

He added: "I've agreed to go back out, do a bit of coaching, do a bit of playing as well; great experience [and] something I thought I'd never have the chance to do."

Wales' record try-scorer made a in June, 2012 to sign for the Sagamihara side for a year.

Williams has previously admitted his salary in Japan is "incredible".

The 2008 International Rugby Board player of the year in December, 2011 with 58 tries in 87 games for his country and two in four Tests for the British and Irish Lions.

Williams then announced his in February, 2012 after he turned down Ospreys' offer to extend his playing career with the Welsh region to a 10th season.

The double-Grand Slam winner was also Ospreys' record try-scorer at the time he left them, with 57 touchdowns in 141 matches.

He took up an offer to extend his playing career in Japan for a "once in a lifetime" opportunity.