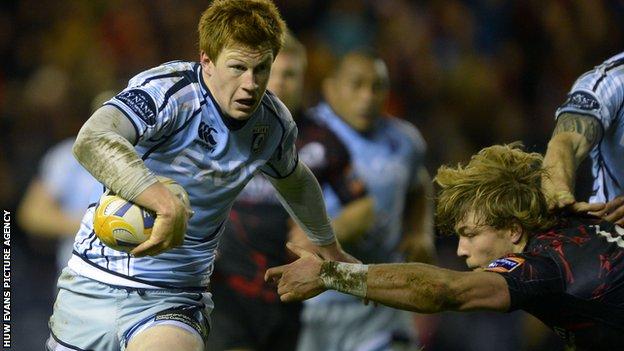 Fly-half Rhys Patchell is among five youngsters who have signed new contract extensions with Cardiff Blues.

Patchell, who has signed a three-year deal, has impressed for the Blues since making his regional debut in September.

The 19-year-old along with Sam Hobbs, Rhys Williams, Tom Davies and Richard Smith have re-signed for the Arms Park club.

"I think that we need to retain all our outstanding young players," Cardiff Blues boss Phil Davies said.

"And hopefully those we have signed, such as Matthew Rees, will help add value and experience to the squad.

"We just have to go along with the principals we have this season, trying to get 25 players under the age of 25 at the club for the next three or four years.

"We are building it around that number and age pool, so we can start challenging the likes of Leinster and Ulster, or any other team for that matter."